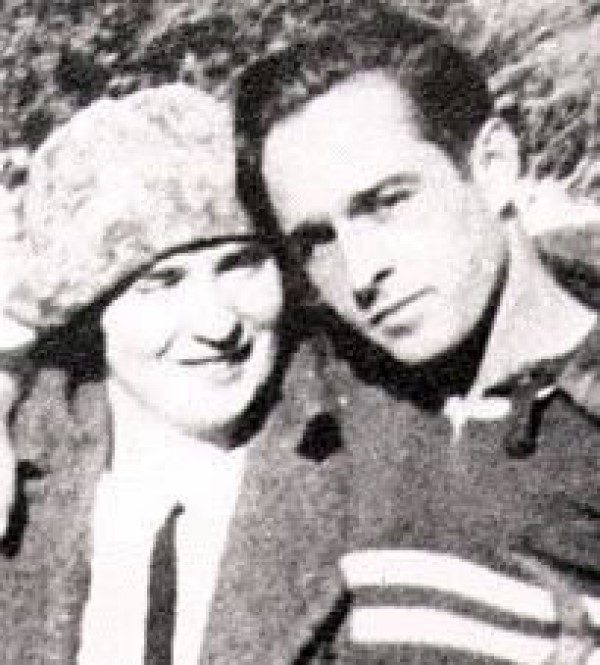 At precisely one minute past midnight on the 17th of January 1920, the Volstead Act went into effect and the prohibition era began. A feverish scurry soon began across the country to lay in enough booze for a long dry spell. A mere six years later, motorcycle Officer Elmer H. Griffin would fall victim to the often-violent actions of booze-runners bringing contraband liquor into thirsty California.

On the evening of February 7, 1926, officer Griffin made a traffic stop on a Ford touring car he observed speeding through the city. Griffin had a hunch that the Ford was a booze car so, with the assistance of fellow Officer Robert Bence, the four occupants along with their vehicle were thoroughly searched. Inside the vehicle, the two officers found 150 pints and half-pints of unlabeled whiskey. The bottles were discovered underneath the rear seat, neatly wrapped in paper, and covered with blankets.

After informing the four that they were under arrest, Bence ordered the men back inside the Ford and instructed them to drive to the San Gabriel jail. Both officers stood on the running boards of the booze car as it pulled away from the curb. With their eyes focused on the occupants, their hands firmly clutched the wooden grips of their revolvers, prepared for any emergency that might arise.

As the two officers looked down the road toward the jail, they occasionally cast a glimpse at their charges. It was completely unexpected when one of the suspects, later identified as Charles Fitzgerald, placed a .38 caliber revolver on the window sill of the right passenger door and pressed the barrel firmly against the stomach of the unsuspecting officer Griffin. Within a matter of seconds, a series of explosions filled the once quiet night. The blinding fireball from the direction of the revolver lit up the interior of the Ford as it continued down the street at an undisturbed pace.

Tumbling to the pavement, Griffin screamed out in horror that he had been shot. The gunfire continued as the passenger sitting alongside Fitzgerald, pointed his revolver out the window and fired a round toward Bence. Bence did not completely comprehend what had happened until he too fell off the running board and onto the ground.

Although seriously wounded, officer Griffin was able to point his revolver towards two of the suspects whom by now were fleeing on foot. One of the three rounds struck one of the suspects in the left shoulder, the bullet going clear through his body. Moments later, Griffin lay face down in the hard pavement. His revolver remained clinched in his right hand, the hammer cocked and ready to fire.

Bence, by this time, got to his feet and began firing his revolver towards the men as they were exiting the vehicle. One round struck Fitzgerald in the left hip; however; neither he nor his accomplice was fazed by their injuries and continued running into the nearby orange groves. The booze car, swaying from side to side, rounded the corner onto Las Tunas Drive and disappeared from sight as it entered the city limits of Alhambra with the two remaining suspects.

Within minutes of his arrival at the hospital, Officer Griffin was dead. The bullet had penetrated Griffin's stomach, going clear through his body, striking his spinal cord and paralyzing him. The doctors could not explain how Griffin was able to fire the three shots at the criminals with such an injury.

Three of the four suspects were eventually captured and tried for the murder of Officer Elmer H. Griffin and the wounding of officer Robert Bence. Charles Fitzgerald, convicted of firing the shot that killed Griffin remained behind bars at Folsom Prison for forty years. Upon his release in 1971 at age 85, Fitzgerald had been the oldest inmate in California's correctional system.
Officer Elmer H. Griffin, a twelve-month veteran of the department, was survived by his mother.