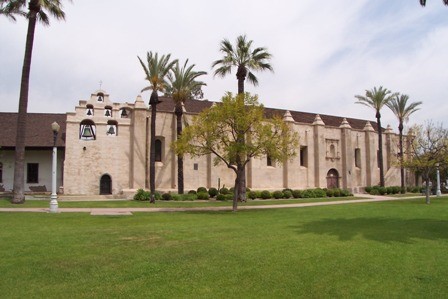 The rich history of the City of San Gabriel dates back to 1771 with the founding of the Mission San Gabriel Archangel, a California State historical landmark, which established San Gabriel as the birthplace of the Los Angeles region.

The Mission San Gabriel Arcangel, "Pride of the California Missions", founded by Father Junipero Serra in 1771 was the fourth of 21 California missions. It has long been a center for culture and art. As the original and oldest settlement north of San Diego and south of San Luis Obispo, it is from San Gabriel that the City of Los Angeles and the greater metropolitan area were established. 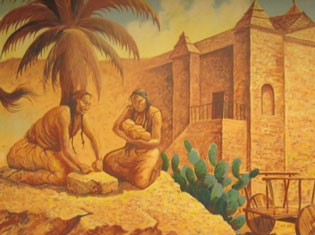 The San Gabriel Library was founded in 1915 and moved to its present site in 1967. In 1982, the Friends of the San Gabriel Library decided that the large blank wall over the children’s section would be the perfect spot for a mural illustrating San Gabriel’s early history. Funds were raised through book sales and community donations and artist Robert Freeman was soon commissioned to create and paint the mural. The library has also recently underwent a total refurbishment.

The library has a collection of English and non-English publications, including Chinese, Spanish and Vietnamese books for adults and Chinese and Spanish books for children. DVD’s are available in English and Chinese. Downloadable audio books, digital eBooks and music files are also available. 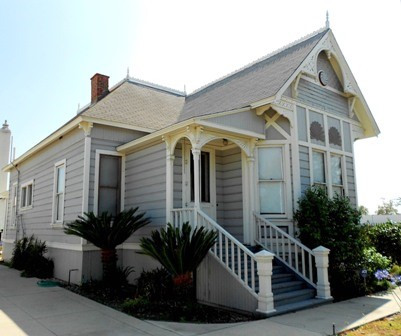 The Hayes House was built in 1887 for Reverend George Finley Bovard who later became the fourth president of the University of Southern California. Milton Scott Wilson purchased the house in 1893. He served as Justice of the Peace for the San Gabriel Township and many weddings took place n his parlor. In 1904, his daughter, Mary Leticia, married Edwin Hayes who helped organize the first San Gabriel City Council and the San Gabriel Union Church.

Their daughter, Mary Ruth Hayes (1907-1990), was born in the house and lived there all her life. She was a teacher and administrator in the school district for more than forty years. She willed the home and its contents to the San Gabriel Historical Association. The home reflects the lives of one family in San Gabriel for nearly 100 years.

The small stone milk house was used as a jail on weekends to hold revelers from local saloons until they could be taken to the Los Angeles County Jail on Monday morning. It was later moved to the Wilson-Hayes property.

Group tours may be arranged by appointment
SGHA Website 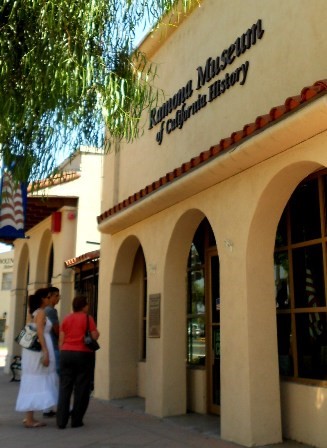 Ramona Parlor was organized by a small group of men in their early twenties and met once a week in the historic Patriotic Hall on Figueroa Street in Los Angeles. In its heyday, the group boasted over 1200 members and was considered one of the most influential organizations in southern California. Senator Stephen M. White, Los Angeles Mayor Fred Eaton and Ex-President Richard M. Nixon were all members of Ramona Parlor #109.

The Museum is located on Mission Drive, opposite the San Gabriel Mission Playhouse in the heart of the Mission District and houses a number of fascinating artifacts from California’s colorful history. 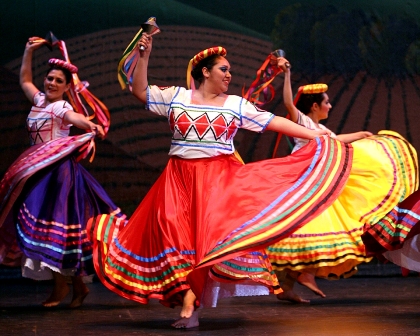 At the center of the historic Mission District, the Mission Playhouse is home to a wide range of dance, music and theatrical performances, movies screenings and graduations. Built in 1927 for the incredibly successful Mission Play, this beautiful historic building is fully equipped to meet modern needs and has a highly-experienced and helpful staff. The San Gabriel Valley Music Theatre aims to provide quality musical theatre for the San Gabriel Valley Community in an environment reinforcing education, cultural enrichment, and performing opportunities for national, regional and local talent. The company aims to solidify its ties to the local community and continue the fine heritage of performing arts at the beautiful and historic San Gabriel Mission Playhouse. Recent productions include Miss Saigon, Guys and Dolls, Forever Plaid and A Night of Swingin’ and Croonin’.
P.O. Box 848
San Gabriel, CA. 91778
Office: (626) 282-1440
www.sgvmusictheatre.org SGFAA began as The Art Guild in 1935. After closing during World War II, the Association reopened in 1966 and has remained as a vital part of the arts community ever since. Such notables as Norman Rockwell, Frank Tenny Johnson, Arthur Beaumont, Sam Hyde-Harris, Los Angeles Times sketch artists Charles Owens, Clyde Forsythe, and Jack Wilkinson Smith, Karl Albert, Dan Toigo, Constance Marlow, Lester Bonar, Rosita Tseu, Lloyd Mitchell, and Darwin Duncan were among the first to exhibit with The Guild and/or the Fine Arts Association.

Today, SGFAA promotes traditional fine art in the community, providing a venue for member artists to show their work. The Association maintains a large group of over 200 members and represents all of Southern California and several states.

The gallery is open to the public in the Mission Playhouse’s Glass Room, and is generally open Tuesday – Saturday, Noon-4:00pm.


Don’t see your organization or group listed? If you’re based in the City of San Gabriel and are a member, or leader of an Arts or Cultural organization or an individual artist, let us know and we’ll see if we can include your details here. Know of one and don’t see it here? Get in touch, and we’ll see what we can do.